The seasons are a continual cycle of life; starting with energy rising in the Spring, reaching a peak in the Summer, then gradually falling in the Autumn, to eventually becoming dormant in the Winter. The seasons could be looked at as Earths cycle of life, just as we have a cycle of life or living.

​The duration of daily exposure to bright light (>10 000 lux) is longer in summer than in winter and, as one might expect, has been shown to alter many circadian-related biological processes.

Taken together, it appears that exposure to natural light with the change in seasons has an effect on the circadian physiology of an individual.

These findings provide evidence that the human circadian clock adapts to seasonal changes in the natural light-dark cycle and is timed later in the modern environment in both winter and summer. Further, researches demonstrate earlier circadian timing can be rapidly achieved through natural light exposure during a weekend spent camping.

The research findings demonstrate that the human melatonin rhythm adapts to short summer and long winter nights when living in a natural light-dark cycle. It further shows that living in the modern electrical lighting environment reduces seasonal circadian responsiveness by delaying the beginning of the biological night in both winter and summer. It has been argued that humans live in a constant summer photoperiod (i.e., duration of light exposure) in the modern electrical environment, and this appears to be true for the duration of biological night but not for circadian timing. Modern lighting environmental conditions do not entirely replicate living in the natural summer photoperiod. Researchers observed that the timing of the middle of the biological night, but not the middle of the sleep episode, occurs close to the timing of the middle of solar darkness when living in natural winter and summer light-dark cycles, but less so when living in the modern environment. A weekend of camping prevents the typical weekend circadian and sleep delay, which is an important contributor to the phenomenon of social jet lag. Specifically, the weekend phase delay in the modern electrical lighting environment contributes to social jet lag on Monday morning since there is a mismatch between biological (circadian delay) and social (awakening early for work/school) timing, the definition of social jetlag. This suggests that weekend exposure to the natural light-dark cycle may help with social jet lag, and also with initiating treatment for winter depression, and circadian rhythm sleep-wake disorders (e.g., delayed sleep-wake phase) that show late sleep and/or circadian timing

​Besides light abundance, the spectral composition of light is also important since our circadian system is more sensitive to shorter wavelength (blue) light than longer wavelength light, which has been shown to vary with seasons.

​A UK-based study using wrist-worn light meters observed that not only was total light exposure lower in winter than in summer, but also daily blue light exposure in summer was almost double than that in winter. 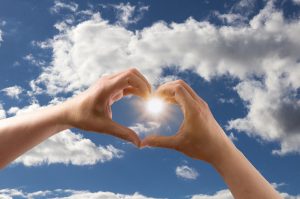 ​These and other genetic or ancestry-specific differences affecting circadian light perception may account for interindividual differences in responsiveness to changes in photoperiod.

​However, it seems unlikely that within populations there are photoperiod-sensitive and -insensitive people.

As human populations become more industrialized and live increasingly in urban environments with artificial light at night, heating and cooling in homes and workspaces, combined with increasing time spent indoors and fewer outdoor occupations, we are less exposed to natural seasons. Seasonal birth rhythms have dampened, losing their correlation first with photoperiod and then with ambient temperature due to industrialization.

​Industrialized populations with reduced early morning natural light exposure and artificial light at night have later and shorter sleep durations. When exposed to the natural light–dark.

​Cycle, for example when camping, participants showed photoperiod responsiveness with earlier sleep onset and longer sleep in winter than in summer. Thus, natural and artificial factors may modulate chronotype and the seasonal effects on chronotype assessed in populations.